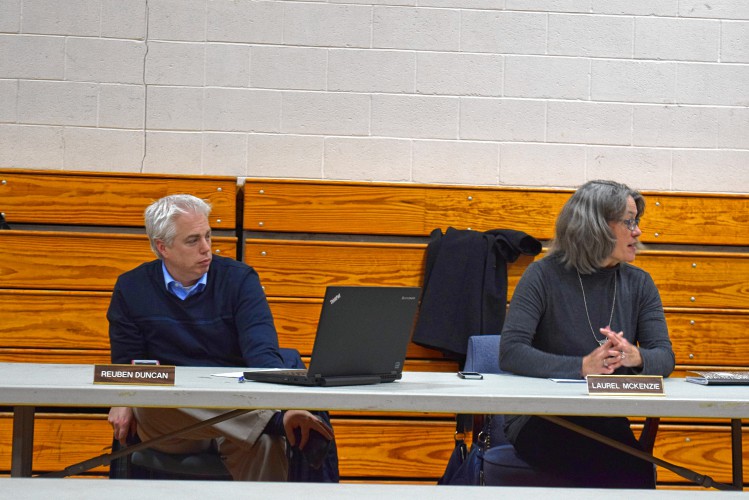 The Jaffrey-Rindge School District will move ahead with a warrant article requesting a $2.9 million bond for energy improvements and boiler replacements at all of the district’s schools.

During a empty public hearing on the bond proposal on Tuesday night, the board outlined its intention to replace the boiler at the Middle and High School and Jaffrey Grade School with a biomass boiler, and install a pellet boiler for Rindge Memorial School.

In addition, the district would improve ventilation systems, add insulation and upgrade lighting to LED fixtures.

The article also requests the authority to apply for and accept those funds.

One of the main issues are the school boilers, particularly the boiler at Jaffrey Grade School, which is at the end of its life and has no back-up should it fail.

If the district does not pass the energy improvement bond, the district will likely have to readdress at least the Jaffrey boiler on next year’s warrant, said School Board member Laurel McKenzie. There is not enough in the district’s maintenance fund to replace the boiler this year without funds raised during ballot voting.

The district is considering a range of bond options, but McKenzie said the district would seek to keep the length of the loan under 15 years.

The proposal would have a tax impact of an 8 cent increase per $1,000 of valuation for Jaffrey and a 7 cent increase for Rindge. The efficiency and weatherization upgrades are estimated to have a cost savings of $138,053 per year based on current oil prices and about $34,000 in annual maintenance savings.

The board agreed to recommend the article unanimously. The article must pass by a three-fifths vote during the district ballot voting in March to pass.